Want to go to a festival in Madrid? A great idea! Madrid is a city full of life and full of festivals of all musical genres. That's why in ForMadridLovers we have created a list with the best festivals in Madrid and that you can't miss. Let's check them out! 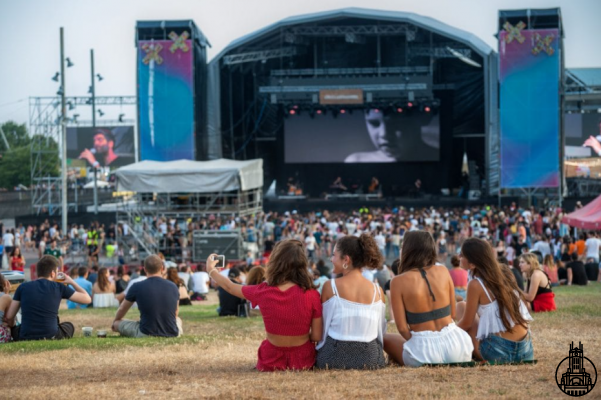 Want to go to a festival in Madrid? A great idea! Madrid is a city full of life and full of festivals of all musical genres. That's why in ForMadridLovers we have created a list of the best festivals in Madrid that you can't miss. Let's check them out!

Looking for the best music festivals in Madrid? We're here to help.The Spanish capital is an ever-vibrant melting pot of cultures and influences, and for music fans, it's the gift that keeps on giving. Rock, EDM, pop and cultural festivals make an appearance, plus many more genres to suit all musical tastes. Let's check them out below.

Possibly the newest festival to be considered among Europe's absolute elite, Mad Cool is a huge rock, indie and electronic music festival that takes place in the Spanish capital.

It's a three-day festival that has gone from strength to strength in recent years, attracting a crowd of 80,000 fans a day. Mad Cool's biggest draw is undoubtedly the huge lineup they offer each year, with giants from all over the world. But combine that with the festival's investment in sound quality, the almost guaranteed summer sunshine and the opportunity to explore Madrid that the late start to the music offers every day, and there's so much more than just the acts on the bill.

Mulafest is a hip hop and electronic music festival in Madrid. Recent lineups have included Jota Mayúscula, Le Mur, Bones of Minerva and more. In addition to music, Mulafest also has a program of motorbike, tattoo, skate, BMX, urban art, rollerblading, breakdancing. It is usually held in June.

DCODE Festival is a one-day rock and pop festival held annually in Madrid, Spain. Now in its eighth year, the festival has established itself as one of the most anticipated summer events in the Spanish capital, with tickets always in high demand. Regularly bringing fan favourites to the Complutense University campus, recent years' line-ups have welcomed all manner of pop, rock and indie superstars, as well as newer acts on their rise to stardom. It will be held in September on the UCM campus in Madrid.

Download Festival Madrid was added to the Download family in 2017, following the original UK festival and Download Paris. It takes place at the Caja Magica in the south of Madrid. Acts such as Linkin Park, System of a Down, Prophets of Rage, Five Finger Death Punch, Gojira and Mastodon have all performed at the Spanish festival. The three-day festival will offer the best of rock and metal on four different stages, including international and Spanish acts.

A Summer Story is a large dance music festival held just outside the Spanish capital, Madrid. Despite being a fairly new festival, launching in 2015, each year has seen absolutely huge lineups packed with stars from across the electronic music spectrum. With big room and EDM giants on one stage, house and underground techno favourites on another, and representatives of harder styles also making their way onto the bill over the course of two days, the festival looks to offer something for a diverse crowd of ravers.

Tomavistas is an indie and alternative music festival in Madrid, Spain. First held in 2014 with a lineup of predominantly Spanish acts, the festival has increasingly attracted established bands and artists from around the world in recent years, including The Wedding Present, The Horrors, Goldfrapp, Temples and more.

Rio Babel is a music festival in Madrid, Spain. Now in its third year, the two-day event will welcome another diverse lineup of artists to perform in the capital. With artists such as Crystal Fighters, The Cat Empire, Bunbury and Molotov appearing in earlier editions, the festival has delivered on its promise to offer high-energy, eclectic, fun and danceable music over the course of a weekend, bringing together Spanish favourites and international guests.

Paraíso Festival is an electronic music festival in Madrid, Spain. Returning to the country's capital after a debut edition in summer 2018, the festival will once again welcome a carefully selected line-up of underground favourites to its home at the historic Complutense University. techno and disco, the organisers aren't afraid to explore other musical avenues, with synthpop, indie and alternative music also playing a major role, courtesy of artists such as CHVRCHES, Charlotte Gainsbourg and Superorganism.

Keep your eyes open during the month of July for artists who would otherwise be impossible to see in a venue as majestic as the Teatro Real. Among them are Hans Zimmer, Gregory Porter, Niña Pastori, Steven Tyler, Pablo Alborán and DJ Martin Garrix. Can you imagine a better venue? This space, besides being beautiful, has excellent acoustic and visual conditions. You can feel privileged to hear some of the most important voices of the national and international scene in this iconic place.

Amanecer Bailando is a one-day dance music festival held in the Spanish city of Móstoles, just outside Madrid. A new project for 2018, the debutant has taken on the mantle of 4every1 Festival, and is organised by the same team. That means a similar passion for showcasing a wide range of electronic music favourites, but with a slightly greater focus on the underground than its more mainstream predecessor.

The city chooses a theme each year that inspires the entire Madrid Carnival programming. The celebration begins with the opening ceremony in the neighborhood that is chosen each year. From that moment until Ash Wednesday, Madrid gives itself over to the party, changing its identity, with events for the whole family, for children and for adults. The Grand Carnival Parade, the Masked Ball at the Círculo de Bellas Artes, the parade of Murgas and Chirigotas, the parade of the Comparsas de Madrid, the launch of the puppet and finally the party with the symbolic "burial of the sardine" are just some of the attractions of Madrid's carnival.

MADO is the LGBTIQ Pride festival held in the Chueca neighbourhood and main streets of Madrid, a great festival to celebrate, discuss and showcase diversity, culminating in the Pride Parade! Madrid is a city where tradition and modernity coexist in perfect harmony, that's why it is known worldwide as the capital of charm and joy. Our city is also known for being welcoming, friendly, open, peaceful and cosmopolitan. Visitors are captivated by its atmosphere, hustle and bustle and general exuberance, making it difficult for those who spend some time in Madrid to leave.

The 7 most famous traditions of Madrid