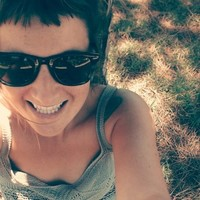 Are you curious to discover the multi-ethnic Madrid? Visit Lavapies, the neighborhood of the Spanish capital that divides its visitors into enthusiastic admirers and fervent detractors. Either you love or hate, that's how Lavapiés is generally described.

Its charm does not lie in the typical magnificence of the most touristic districts of Madrid, but in its liveliness: Lavapiés is a picturesque neighborhood, a tangle of narrow streets and small houses where scents and colors from all over the world mix.

In ancient times it was a Jewish ghetto and the name of the neighborhood is due to a fountain used by the Jewish faithful to wash their feet before entering the synagogue.

What makes Lavapiés interesting for tourists? Well, it is the undisputed realm of ethnic cuisine, where you can eat the best kebabs in Madrid and taste Indian, Moroccan, Senegalese and many other national cuisines; the nightlife comes alive with Arab, African, Latin American rhythms.

Furthermore, the district is extremely interesting for those who love art and culture because an incredible quantity and variety of cultural centers, bookstores, cinemas and theaters are concentrated here. After paying homage to the sacred monsters of art history in the great museums of Madrid, it is therefore a must to come to Lavapiés to probe the ferments of new artistic expressions in the most diverse disciplines.

Many tourists fear that Lavapiés is a dangerous neighborhood since it is an area with a high population density, with a prevalence of immigrants.

Unfortunately Lavapiés carries with it the reputation of a disreputable and run-down neighborhood which, however, is only a legacy of the years following the civil war: just take the normal precautions used during holidays in big cities and use common sense to avoid hassle and setbacks .


What to do in Lavapiés

Lavapies it is the perfect area for an urban walk with no other purpose than to be inebriated by the scents, colors and sounds: in a word, by the liveliness of everyday life.

There are no statues or elegant buildings to photograph: the typical architectural element of the neighborhood are the Run them, public houses built around a patio. Walking through the neighborhood, however, it is possible to make a myriad of small exciting discoveries.

Speaking of palaces, if you are interested in getting to know this popular neighborhood in more depth, do not miss what is certainly one of the best examples of corralas: you can find it at the intersection of calle Tribulete and calle Mesón de Paredes.

During a walk in Lavapiés, a snack in one of the many ethnic restaurants and kiosks is also unmissable, while for a drink choose one of the bars of Argumosa Street, where many people from Madrid meet to chat with friends.

An interesting place to have a gourmet snack or buy fresh products is the Mercado de San Fernando, an indoor market founded in 1944 and recently renovated. Less famous than the nearby Mercato del Rastro, it is much loved by locals.

The exterior is imposing and austere and it is difficult to imagine the swarm of activity that is taking place inside. In addition to cooking or ready-made foods, you can also buy handicrafts, clothing and… books by weight!

The latter is the original proposal of the used book stall La Casqueria: you choose the books you like, you put them on the scale, the price is set, you buy them. Funny right?

A graffiti by the artist Okudart, in the Barrio de Lavapiés @ Hiberus - Madrid Destino

It may not boast the great museums of the Paseo del Arte, but Lavapiés can be defined - without exaggeration - a forge of art and culture, thanks to the very high concentration of cultural centers, theaters and cinemas, libraries, events and projects for cultural promotion.

It will be enough to mention the project Theater Quarter to get the measure of the cultural ferment that animates Lavapiés: it is an initiative for the promotion of the theater that brings together as many as 14 different rooms very different for venue and program.

The best known among the cultural centers of the neighborhood is The House On, a monumental Neomudéjar style building, an artistic style typical of XNUMXth century Madrid.

The numerous halls of the center, which occupy a total area of ​​6000 square meters on four floors, host workshops, theatrical performances, film screenings, exhibitions and other cultural events: space is given to all forms of expression, with an eye to avant-garde. The rooftop terrace is used as an open-air cinema in the summer months.

An old tobacco factory was converted into La Tabacalera, another very active cultural center of the neighborhood, managed by an assembly of residents, which organizes cultural events beloved by the locals.

Really graceful, with a romantic and nostalgic charm, is the Cine Doré, opened in 1923: it is currently the screening room of the Spanish Film Library, the historical archive of Spanish cinematographic heritage. The interesting projections have a really cheap price; if you don't understand Spanish it is still worthwhile to come and take a look at this historic building from the outside.

The Circus theater Price, the stable circus of Madrid, obtained from a former biscuit factory. Founded in 2002, it is used for circus shows and more: it hosts concerts, exhibitions, workshops, theater and dance performances.

Lavapiés is certainly not a dormitory area, on the contrary it pulsates with energy and vitality. In addition to the very active cultural centers, the life of the neighborhood is enlivened by numerous cultural and food and wine events that are organized throughout the year.

Unmissable are the traditional festivals, which are lived here with genuine passion and participation. To get to the heart of Madrid's festive culture, visit Lavapiés in the period of feast of San Lorenzo, between 9 and 11 August.

More recent events are the Lavapiés Film Festival e Tapapiés, a tapas-themed itinerary through the streets of the neighborhood that takes place every year in autumn.