The 7 most famous traditions of Madrid

Who I am
Carlos Laforet Coll
@carloslaforetcoll
EXTERNAL REFERENCES: 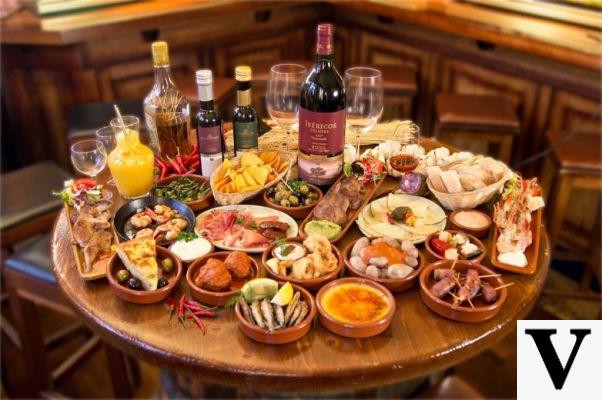 The best traditions of Madrid

Towns and cities all over Spain have their own festivals and traditions that they celebrate throughout the year, and Madrid is no exception. From the Three Wise Men parades to the nightly street parties, we take a look at the best traditions in the capital.

If we talk about local Madrid traditions that I enjoy, I have to mention one of the best traditions in Madrid: having breakfast twice. Yes, twice! First, they have a light breakfast early and around 11 o'clock they have a more abundant and substantial breakfast. It is normal to see people ordering coffee with milk next to a tortilla skewer at any time in the morning. Then lunch, around 3pm, is the most important meal of the day. Later, at 6 p.m., Spaniards usually have a snack, and around 7 p.m., it's time for a refreshing drink. Dinner starts around 9:00 to 22:00 hours, which could be postponed until after midnight during the hot summer months.

Tapas culture is one of Madrid's best known local traditions. This is because the locals dine very late here compared to other countries. One of the most typical customs is to meet friends for a drink in a bar after work. And these drinks are always accompanied by tapas: most bars and restaurants serve a small plate of typical Spanish food along with the drink: tortilla, croquettes, olives, patatas bravas, bruschetta, brochettes, peppers, etc. You can usually sit inside or on the terrace. It's usually cheaper to be inside the bar and the popular terraces are usually more expensive, I'll write a guide to my favourite tapas bars in another blog post!

Rest laws and habits in Madrid are crucial! Therefore, the 'siesta' (an afternoon nap) is sacred. Most shops close after lunch, usually between 2 and 5pm. At 5pm, they reopen until 8 or 9pm. This is because people will take a nap to break up their workday and recuperate.

One of Spain's most important holidays, Epiphany sees Madrid host an epic parade of the three kings to celebrate and commemorate the day the three wise men visited the baby Jesus. Traditionally, Spanish children receive their presents from the Three Kings on Epiphany, and not from Santa Claus on Christmas Day, such is the importance of January 6th in Spain (although these days, many children receive two sets of presents!). Spaniards traditionally eat a Roscón de or Torta de Reyes on January 6th, which is a round cake that is usually baked with a small trinket inside. Whoever finds it will receive good fortune for the coming year.

Around May 15, Madrileños celebrate the city's patron saint, San Isidro, in a multi-day celebration that includes music, theater and family activities. The festivities are a great opportunity to learn about some of Madrid's unique traditions; a highlight is the 'Gigantes y cabezudos' parade, which sees giant papier-mâché figures parading through the streets. The festival also includes Madrid's most popular bullfighting season, with some of the country's best bullfighters arriving at the Las Ventas bullring. Many locals dress in traditional costumes during the festivities, the men in flat caps and grey waistcoats and the women in intricately embroidered dresses.

The next of Madrid's August festivities (9-11 August) takes place in Lavapiés, one of the city's most multicultural neighbourhoods. Most people wait until dusk to go out and enjoy themselves, the (slightly) cooler temperatures make enjoying a drink and tapas in one of the specially set up street bars a pleasure. The fiestas also include lots of activities for children and have a friendly, family-friendly atmosphere.

As is usually the case with any religious celebration, Easter in Madrid is accompanied by the preparation of typical dishes which, in this case, are deeply linked to religious duties, but above all to tradition. Among the most representative dishes of this time we find the sweet torrijas, the Soldaditos de Pavía (small pieces of cod in batter and crunchy), chickpea stew and cod croquettes. Look for and try the torrijas al vino, which originated as a way to avoid the ban on drinking alcohol at Easter.

add a comment of The 7 most famous traditions of Madrid