What to see and do in Madrid 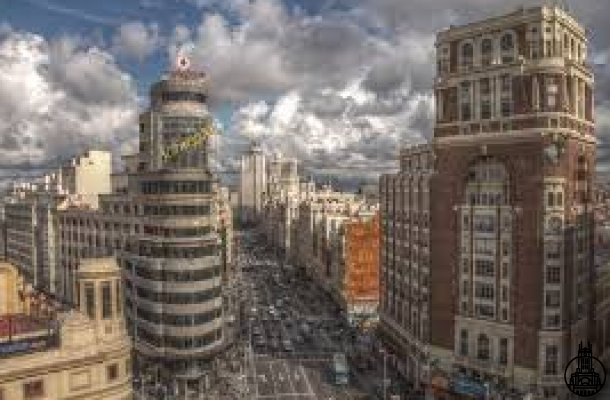 Do you want to travel to Madrid? It's a great idea! This great city offers great architecture and unique corners where you will live a unique experience. Visit its park, its wonderful Plaza Mayor and its museums. In ForMadridLovers we have created a list with all the things to see and activities to do in Madrid that will make your visit unique. You will love it!

What to see in Madrid

Madrid is the central capital of Spain with elegant boulevards and large manicured parks, such as the Buen Retiro. It is famous for its rich collections of European art, with works by Goya, Velázquez and other Spanish masters in the Prado Museum. The heart of old Habsburg Madrid is the portico-lined Plaza Mayor and nearby is the Royal Palace and the Armoury, which displays historic arsenals.

Below we have created a list of everything you have to see in Madrid and that you can not miss.

An absolute must-see, the Prado is one of the best and most popular art museums in the world. It has an overwhelming collection of masterpieces by Renaissance and Baroque masters.

Spain is represented by Velázquez and El Greco, the Low Countries by Rembrandt, Brueghel, van Dyck and Rubens, while Titian, Caravaggio, Botticelli and Tintoretto make up the Italian contingent. Among the many works not to be missed are Bosch's The Garden of Earthly Delights and Caravaggio's David with the Head of Goliath.

The artist with the most works hanging in the Prado is the Spanish Romantic Goya, whose 14 Black Paintings are a Spanish cultural landmark.

This park is the green heart of Madrid and filled with elegant gardens, the Retiro is just a short walk east of the Prado and was a royal estate until the late 19th century when it was opened to the public.

If you're visiting with the little ones, paddling in the Gran Estanque, next to the monument to Alfonso XII, is a fun option on a sunny afternoon. The iron and glass pavilion built to house the Philippine Exposition in 1887 is magnificent and the pond in front of it grows bald cypresses, strange swamp trees that turn a lovely golden brown in summer.

The oldest tree in the city is nearby: it's a Montezuma cypress planted in 1633 and surrounded by an iron fence.

Built in the mid-17th century for King Philip V, the Royal Palace stands on the site of Madrid's Moorish Alcazar-palace, which burned down in 1734. It is the largest royal palace in Western Europe, and features a mix of Baroque and Neoclassical styles. You have to go inside to get the full experience, because the royal collections and frescoes are sublime.

There are works by Goya, Caravaggio and Velazquez, as well as impressive displays of clocks, tapestries, porcelain and silverware. You can see the world's only Stradivarius quartet of instruments, and the Royal Armoury, which includes the personal weapons used by Charles V in the 16th century.

With priceless artifacts collected from all over Spain, this museum is a journey through Spain's rich history. What may surprise you is the wealth of magnificent pre-Roman pieces. The best of these Iberian treasures and sculptures look almost new, despite being at least 2,500 years old.


The Lady of Elche is a bust of a woman with an incredibly detailed headdress and spirals over her ears. Much later, but no less impressive, is the Tesoro de Guarrazar, a Visigothic set of crosses and votive wreaths dating from the year 600.

There is also a complicated ritual: With each chime you have to eat a grape for good luck (12 in total). Also in the square is the statue of El Oso y El Madroño, a symbol of Madrid since the Middle Ages.

If you want to get an idea of the city, a stroll along the Gran Vía is an unbeatable starting point. It is the hub of leisure, shopping and culture in Madrid, a bustling avenue that is usually full of life until dawn.

During the day it fills with shoppers who flock to the numerous shopping malls, fashion stores like H&M and Zara and luxury boutiques. In the evening, couples go hand in hand to the cinema or to a musical. And in the evening, the street buzzes with many of Madrid's best nightclubs.

Among the landmarks to see as you stroll along is the huge Telefónica building, built in 1928 and an early example of a skyscraper.

The Plaza Mayor, another of Madrid's "must-sees", is a beautiful Renaissance square, laid out in the early 16th century and completely sequestered by historic three-storey residential buildings. There are nine entrances to the square, and in the porticoes at the bottom of the buildings are several cafes.

Order a coffee (expensive, but necessary for its location) at an outdoor table and watch Madrid in action for a few minutes. Afterwards, you can get up close to the 400-year-old bronze statue of King Philip III, who was in power at the height of the Spanish empire.

Things to do in Madrid

At the moment we have explained what you can see in this wonderful destination and its surroundings in terms of tourism and culture. If you are more adventurous and want to live unique experiences, do not worry, Madrid is the perfect place.

Where to sleep in Madrid

Choosing a good area to stay in Madrid is essential to make your visit to this city a unique experience. It is highly recommended that you consider carefully the peculiarities of each site, as each area of Madrid is very different from each other. Below we recommend some areas and hotels in Madrid.

Madrid is a great city with a wonderful tourist attraction. However, it is best that you take into account some information before traveling and that will help you better plan your trip to Madrid.

Add a comment from What to see and do in Madrid

This work is under a Creative Commons Attribution-NonCommercial-NoDerivatives 4.0 International License. 2021 / formadridlovers.com