Who I am
Juan Urraca
@juanurraca
EXTERNAL REFERENCES:

Did you know that Madrid is much more than four works of art? This city is the birthplace of Acuña, Ortega y Gasset... And many more famous people! In ForMadridLovers we tell you everything and more about the illustrious characters of Madrid Come and meet them! 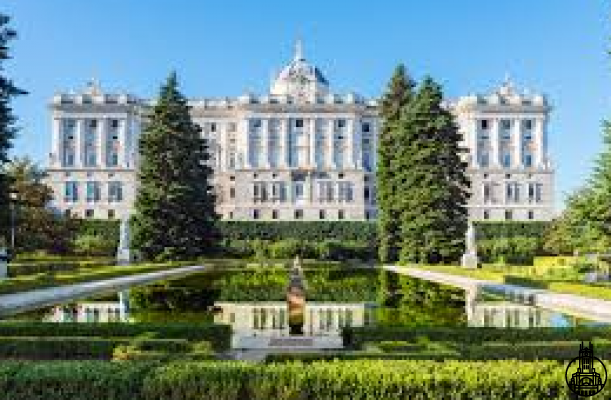 Did you know that Madrid is much more than four works of art? This city is the birthplace of Acuña, Ortega y Gasset... And many other characters more! In ForMadridLovers we tell you everything and more about the illustrious characters of Madrid Come and meet them!

Illustrious figures in the history of Madrid

Every great city has its illustrious and mythical characters that have been representatives of the history of that place. Madrid could not be less. Today we will focus on those Madrilenians who made great merits throughout his life and his exploits and way of seeing the world went down in history.

Writer, thinker and journalist who meant a revolution in the Spanish struggle for the social equality of men and women through her collaborations. Her courageous character made her become the first woman to whom the Ateneo of Madrid dedicated a poetic evening and although it was only a poetic reading, it was a moment as emblematic as it was provocative.

She also created and produced plays, including her bravest and most daring work: El Padre Juan, a play that accused the Catholic Church of being an institution that "manipulated and moulded consciences". It had a scandalous plot for the time so no theatre association dared to stage it, so he created his own company to premiere his play, which turned out to be a great success.

This multifaceted man from Madrid became Mayor of the capital and Minister of Public Institution and Fine Arts and of Grace and Justice, but he was also a writer and a doctor. His journalistic work was very outstanding, as he was the director of Heraldo de Madrid and he also collaborated with ABC. He was governor of Barcelona and wanted to create a National Institute of Telephony and although it was not approved, it was the direct antecedent of the unification of the National Telephonic Company of Spain.


He became an academician of the Real Academia Española with the reading of El periódico y su desenvolvimiento en España. His essays to defend the equality of women and his works on medicine also stand out.

Philosopher and essayist, he became the main exponent of the theory of perspectivism and of the vital and historical reason of our country. He was a contributor to the newspaper El Sol, where he published two of his most important writings (in the form of folletones): La rebelión de las masas and España invertebrada. He also became the first director of the weekly newspaper España and founded the Escuela de Madrid.

Writer and politician, but above all, defender of Spanish women's rights. She became one of the main promoters of women's right to vote in Spain and at the age of 36 she became one of the few Spanish women lawyers at the time. Later she was appointed deputy for the constituency of the city of Madrid for the Radical Party and was a member of the team that carried out the draft of the Constitution of the new Republic.

He is a pioneering Spanish journalist in Spanish-speaking digital journalism, which is why he currently lectures frequently both at Spanish and Latin American universities and at international conferences on digital journalism. He is currently a teacher at the Gabriel Garcia Marquez Foundation for the New Ibero-American Journalism and a member of the Ibero-American Network of Cultural Journalism.

Ruiz de la Prada y Sentmenat is a Spanish fashion designer, businesswoman and aristocrat. She holds the noble titles of xiii Marquise of Castelldosríus, Grandee of Spain, and xxix Baroness of Santa Pau.

Crime and security in Madrid

The nickname of the inhabitants of Madrid: los Gatos!

Cost of living in Spain: comparison between Madrid, Barcelona and Valencia

Best time to travel to Madrid

Where to celebrate Saint Patrick's Day in Madrid and Barcelona