Crime and security in Madrid

You want to travel to Madrid, but you're worried about safety? Nonsense! At ForMadridLovers we tell you all about crime and safety in Madrid to put your mind at ease. Let's get to it! 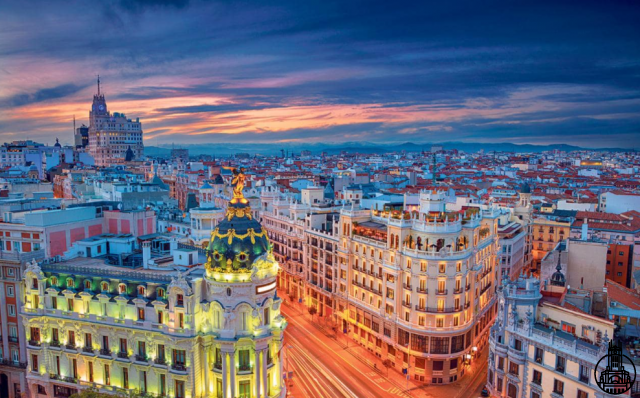 You want to travel to Madrid, but you're worried about safety? Nonsense! At ForMadridLovers we tell you all about crime and safety in Madrid to put your mind at ease. Let's get to it!

Madrid is generally safe, but as in any big city in Europe you should keep an eye on your belongings, keep them under control and act with common sense. Here are some areas where you should exercise extreme caution.

Madrid is generally a safe city, although you should, as in most European cities, be wary of pickpockets on transport and at major tourist attractions. Although you should be careful, don't be paranoid; remember that the vast majority of travellers to Madrid rarely encounter problems.

You are most likely to fall into the pickpockets' trap in the busiest areas of the city, particularly the Plaza Mayor and surrounding streets, Puerta del Sol, El Rastro and around the Prado Museum. Tricks abound. They usually involve a team of two or more (sometimes one of them is an attractive woman to distract the male victims). While one gets your attention, the other empties your pockets. Beware of pushing and shoving on crowded buses and the metro and, as a general rule, dark and empty streets should be avoided; fortunately, Madrid's livelier nightlife areas are generally busy with crowds having a good time.

Of the 21 districts that has the capital, Centro is the one who heads the number 1 on the list of the most dangerous districts of Madrid. And no wonder, because as in most cities, in the downtown neighborhoods is where there is usually more bustle of people and therefore more likely to altercations.

Vallecas is also portrayed as one of the most unsafe areas of Madrid and that is why we have it at number 2 on the list.

In this case, the neighborhoods that make up this district, which are Entrevías, San Diego, Palomeras Bajas, Palomeras Sureste, Portazgo and Numancia add up to a total of 1049 crimes, with 553 people arrested.

The district of Carabanchel, known for being the area featured in the famous Manolito Gafotas series, also leaves something to be desired.


Although it is true that it is the most authentic and historic district of Madrid, the reality is that it has also earned the third place in the list of the most unsafe areas of the capital.


Ciudad Lineal is the district of Madrid that has more neighborhoods, and although it is not the largest, if it is one of the most populous with 9 neighborhood separations.

Villaverde is also often listed as one of the most dangerous neighborhoods of Madrid, and the data and people also confirms it. In addition, according to official data from the City Council and the National Police of Madrid, in Villaverde since the beginning of the year there have been 167 arrests and 406 crimes.

La Latina is one of the largest neighborhoods of the capital and also one of the liveliest and this has made a historic area has become part of one of the most unsafe areas of the city.

Madrid is a safe city. Despite all the things you've just read, not visiting out of fear is not an option. Besides, problems usually start when tourists don't take the right precautions. If you follow our guide you can significantly reduce the chances of something bad happening to you and enjoy a hassle-free visit.

As we said, all you have to do is take a few precautions, travel to Madrid and have a great time!

The nickname of the inhabitants of Madrid: los Gatos!

Cost of living in Spain: comparison between Madrid, Barcelona and Valencia

Best time to travel to Madrid

Where to celebrate Saint Patrick's Day in Madrid and Barcelona

add a comment of Crime and security in Madrid